Thank you all for you words of encouragement since mum was taken into the hospice, we have read her you thoughts and explained what a large impact she has had on so many people. She took great comfort in the fact that so many people have found her words useful and people are still only just coming across the blog now and will find it useful in their individual fights over coming months and years.

Once again thanks for all your support and kind words during the last two years, it is truly amazing how widespread her blog became with readers from UK, USA, Canada, Turkey, Romania, Australia and Pakistan just to name a few with a staggering 81,000+ hits on her blog since she started.

Hopefully you all keep blogging and helping each other as I know this is what mum would want and nice to think she could create some sort of legacy to encourage others to talk openly and help each other, just letting someone else know you are thinking of them or giving them the opportunity to have a rant is a wonderful help. Nobody should have to face these struggles on their own so please help each other.

We'll be arranging the last part of mum's journey shortly, as most of you will know she choose a beautiful place to be at peace in Epping Forest Burial Ground. Not your tradition cemetery, she choose a place that the family could look forward to visiting, just need to find a nice spot near the bluebells and a rose bush.

Lastly I just want to thank Clapham Common Trinity Hospice for there genuine care and compassion since mum arrived, it is a truly wonderful place and ALL the staff are an inspiration. Mum's wish was to raise as much money for them as possible so please donate if you can spare a pound or two and in the future we'll be arranging some sort of fund raising activities. 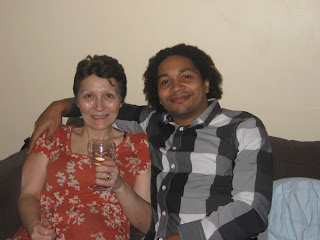 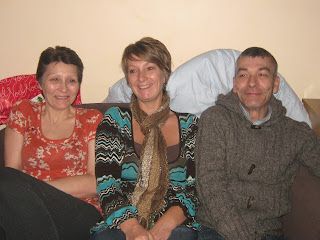 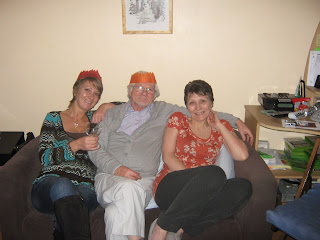 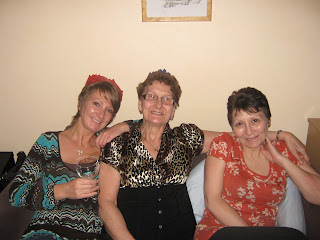 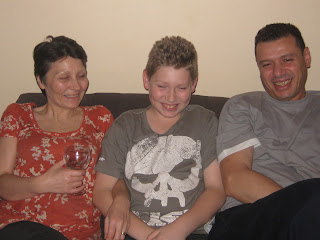 Rest in peace my sweet darling mum.
xxxxxxxx
Posted by Carole at 16:02 28 comments:

It's James here Carole's son, firstly apologies for the radio silence people it's been a bit hectic to say the least. You may be able to guess from the title this post is not a positive one.

Mum has asked me to take over her blog from now on as she no longer has the strength to carry on blogging at the moment, it's been a tough few weeks in particular since mum came out of hospital.

Literally as soon as she got home I think we all thought it wouldn't be too long before she needed some more time with some medical assistance, it was lovely to get her home and see her relax slightly but it was short lived as the problems started again once she had settled in, she couldn't carry on with the constant sickness and diarrhoea.

It resulted in her being admitted to hospital again......crap.! Told her other Kidney is no longer functioning properly......double crap! A drain has to be inserted via mum's nose into her stomach..... now your having a laugh tripple crap! So back on a drip to rehydrate her again, anti sickness injections and the list goes on and on.  Surgery was discussed as an option but needed to consider it would be very high risk because of the low blood pressure and high heart rate, truthfully this was not an option we needed to even think about, why put mum and ourselves though this stress to really resolve nothing........ it's not going to change the final outcome and may be looking at a few extra weeks, on the other hand she may not make it through the op!

She is totally exhausted both mentally and physically, we have discussed between us as a family that mum has reached her limit, we always new there would be a cut off point and I think she actually passed it a while ago. It was never about "get as much time as we can" it was always "lets get some time whilst you have a quality of life", admittedly from a selfish point of view you sometimes find yourself thinking "I want mum here no matter what" those are sad moments when you are down because with a clear head I really don't want to see her suffering and wouldn't want to see her suffering for an extended period.

Having spent some time in the hospital and moved onto a general ward (6 beds)  mum was deteriorating rapidly and just felt defeated, being exhausted and on a general ward is a nightmare, full of weird and wonderful characters and just not the place she needed to be. Palliative care have again been brilliant and had chats to offer there thoughts, basically "It your time now".

Mum has made her decision with the full backing off all the family to go to Trinity Hospice, luckily a bed became available on Tuesday morning and she was admitted. having visted her yesterday it was a releif to see her in there, so much calmer and peaceful, a place for genuine rest and care, all the staff seem very friendly and caring with a few staff members coming into introduce themselves and just a general chat.

mum is still very weak but she is happy to be there, well not happy because she doesn't deserve this at all but guess you know what i mean. there has been some very hard moments with us all crying but the key thing i keep telling mum is "You have nothing to prove, your decisions need to made for YOU  now as a lot of previous decisions have been made for us, trying treatments and surgery she didn't really want to do".

I was dreading having the chat with Dj to tell him things are changing, more importantly how quickly things are changing, how do you tell a 12 year old boy that his mum will not be coming home and is now moving into the hospice! Rab filled him in briefly and corrected his thinking that you don't go the hospice to get better and you go there to be peaceful for the end of your journey, I had a long talk with Dj as always promised that as soon as we knew things were changing we would let him know. honesty has also been the best option for Dj, this is not something we could protect or hide from him and he has a right to prepare himself for the difficult times ahead. We talked about all sorts of things including how amazing "Daddy" (Rab) has been over the last two years, he has been a mountain of strengh, he doesn't like to talk about his feeling too much but has got better over the last few months. Just want you to know Rab the whole family thinks you are amazing and we love you loads and loads.

2 Years worth of treatment has made us all have buckets full of tears, millions of screaming moments with anger, mood swings, selfish thoughts, moments of faith but mainly doubt, feelings of helplessness.......

and after all this....................... not one clear scan or a period of time that mum could relax and not think about this b*stard Cancer or as we now have to say Cancers! It seems like not only has mum had bowel cancer she now gets ovarian to top it off!

Keep the comments coming as I'll be printing these of and taking them to mum in Trinity as a pick me up, you have all been a great help during mum's journey and I know she has made some real friends blogging, I know lots of people have found her posted helpful too.

If you have found her blogg useful or interesting maybe you would consider donating a pound or two for Trinty Hospice, it takes £8,000,000 a year to keep them running and only a third is received from government funding, meaning they needs to raise approx £5,000,000 in private donations.
Posted by Carole at 21:44 40 comments: