Twas the Friday before Christmas....

James and Leanne decided to take Djamel to Winter Wonderland in Hyde Park, London just before Christmas...Loretta and Tony also went along with their little lad, Jake.
Dj doesn't believe in Santa anymore - hasn't for years now - but he's brilliant at telling little kids (Jake) all about the wonderful, magical things that Santa can and does do.
So not only did Jake get to meet 'Santa', he was also privvy to an evening of Dj's tales about Santa, the Reindeer and his elves.
Below are some pictures taken on the night....when they came back I asked Dj if he'd had a good time and he said 'Yes, the best'....Apparently little Jake said it was 'The best day of my life so far'....bless :-)

One of the fairground rides..... 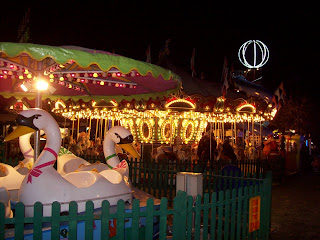 Dj and Jake chatting to 'Santa' 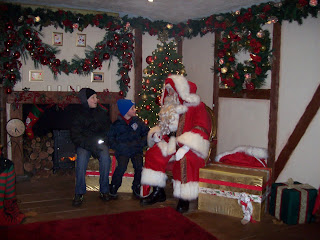 I'm not sure who had the most fun really, Leanne and Loretta or the two boys :-) 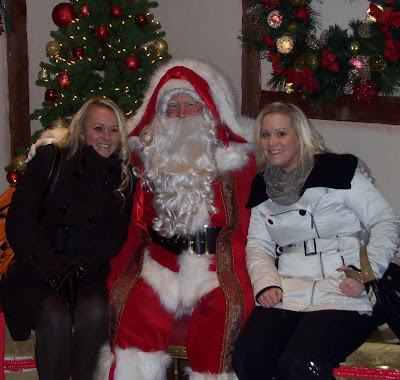 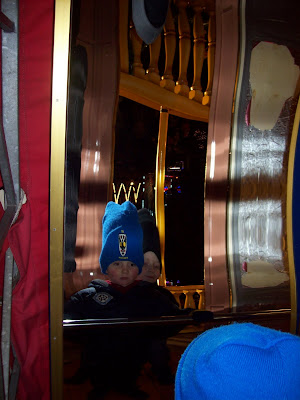 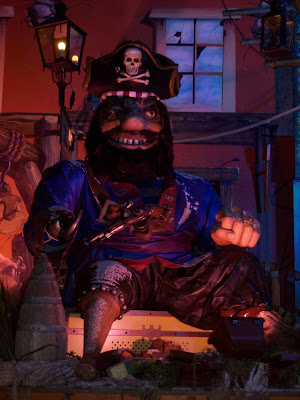